What is it about Clouds? 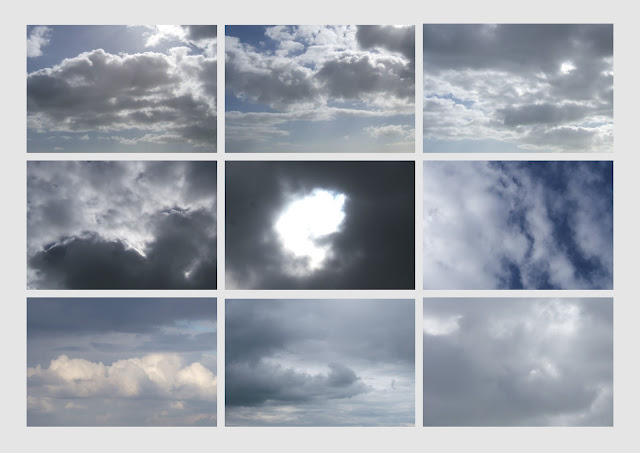 All the components which comprise this image were taken on consecutive days on the South coast of England. Some are looking straight up, but most are looking slightly up with slightly raised eye, so the horizon is just out of sight.

The original photographs have not been manipulated in any way, except that the nine viewports act as cut-outs and the slightly larger originals have their edges (about 20%) hidden.

The composition of this image consisted of selecting nine photographs from about thirty, and then positioning them behind the viewports in an arrangement that has some coherence (I believe). Positioning and rearranging has been done parametrically (by a script) so that many, many alternatives were examined before this on was settled upon.

Some of the component images remind me of other things and, for me, the image as a whole is evocative of those Spring days.
Newer Post Older Post Home