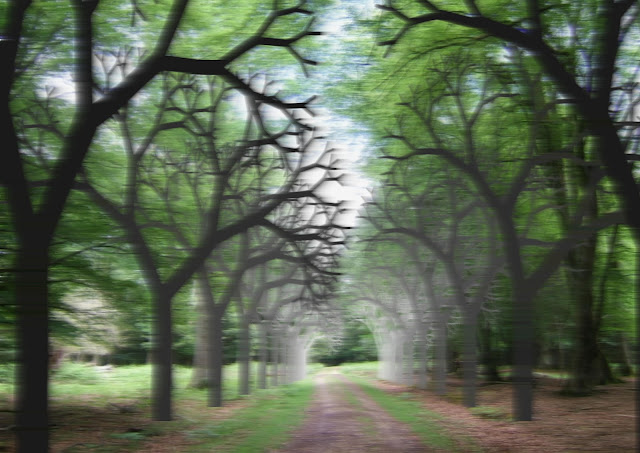 I use the term Systems Art to describe what I do. I seek out the systematic in visual art and try to describe images in those terms. Let me explain.

In Visual Art, the use of the term Systems has been reserved for ideas such as generative art or art influenced by systems theory. It relates to, or subsumes, Minimal Art and Conceptual Art. I want to take a broader view.


The way I look at art is from a systems point of view. I primarily want to know how the artist made the image. I want to know how to replicate it. I want to use a computer to do just that. So I need to be able to give a succint description of it that can be used to reproduce it.

This is why I refer to my study as seeking the Systematic in art. The image at the top of this article may appear to be unrelated to Systems Art. It is intended to appear "brushed" in the sense of Richter, or even Van Gogh. Yet it is the result of the application of a sequence of mathematical transformations. It is a systematic derivation of an image from a photograph. [photograph of forest path, add geometric-trees, add Van Gogh waviness, add Richter squeegee].

The systematic means that an artist may have used could include Geometry, Process and Serialization.

Less obvious uses of Geometry appear in Abstract Art, where layout and proportion may or may not have been precisely geometric. For example, some of Bridget Riley's images can be described using just a couple of geometric formulae, although others need many more.

Geometry can also be used to define the use of colour and often appears to have influenced the choice of colour.

When looking for the systematic I will often look very closely at a picture, especially an original in a gallery. I am interested in how the artist has achieved the impression they have. For example Mondrian's Compositions are very interesting close-up.

He painted rectangles of colour and broad black lines. But each overlaps the other, so he iteratively improved the edges between the parts. He has many large white areas. These are never bare canvas. Moreover, they are seldom the same white from one part of the canvas to another. He probably overpainted colours with white and vice-versa. The process has been an iterative one, of gradually approaching the overall effect that satisfied him (although I doubt he was ever truly satisfied). Stella, on the other hand did leave areas on the canvas bare. It's not obvious till you take a close look.

Finally, why do I refer to Serialization in the search for the systematic? Because for most artists, the next painting is usually just a variation of the previous and so looking at the whole series gives considerable insight into the systematic approach that the artist has used. This is true especially when the artwork is clearly presented as one of a series. But even when it is not, if you can get access to an artists work in near-chronological order, as for example in the catalog for a retrospective, you can often work out what they were trying to achieve more readily than from a single image. Their systematic approach is revealed across a series.

So I regard any art that I can systematize, in the sence of writing down a description, or a formula or a procedure for reproducing it, as Systems Art.

Which brings me to the use of a computer as a means of creating images. If the formal characterisation of an image is mathematical (i.e. primarily geometric formulae) then I can test how close my description is by using a computer to automatically generate a reproduction from the description.

This I have done with some Mondrian, Bridget Riley and Frank Stella images (published elsewhere on this blog). But this is not the extent of my ambition. I am working on earlier Mondrain images (impressionist) as well as Pollock, Lichtenstein and other less obvious Systems Artists.

There is method in this study, apart from the obvious satisfaction of discovery and the means it gives me of looking at paintings.

Having understood and formualted the artists's systemsatic method, I can now apply that to images of my own. Especially when the understanding is so precise that I can capture it in a way that a computer can understand. For then I have not only the means of reproducing something like the original artist's impression, but by varying the parameters, I can produce whole series of images in that style. These in turn make it possible, very simply, to produce either videos or Artist's Books.

To my mind, at this instant, my most successful effort in this direction has been to apply a squeegee effect based on a study of Gerhardt Richter (after his Tate retrospective last year) to a geometric image of my own. The image with which I end this piece is an example of that. It's not a Richter, but it's an image that gives me intense satisfaction. Not, of course, as much as his originals did. 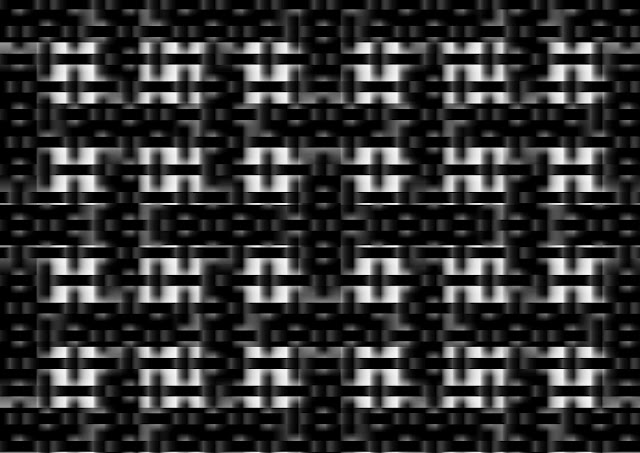