I have used the term Photographic Abstraction (see my original post of July 2012) as a shorthand for images that are abstract and which are made from, or include, photographs. These are recent examples. Here I will explain how I made them. 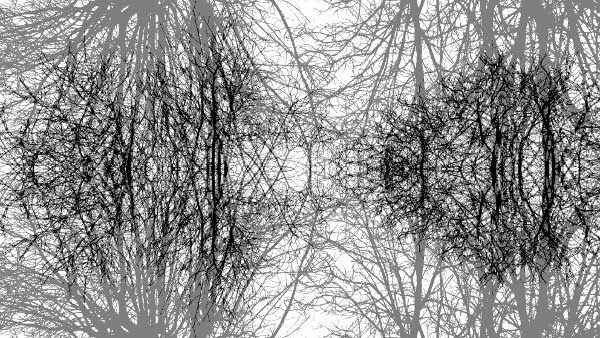 This is the simplest example. It's a tree-stencil, overprinted with itself upside down. The tree-stencil is the photographic component. The original photograph has sky with clouds behind the branches. These have been eliminated by thresholding the image, making dark areas go to black and light areas to transparent (not white, although white would have done here). This image is, as yet, unfinished. I need to find a better texture to print through the stencils. I have tried this image in all orientations. Still can't decide which I like best. Rotated once, it is somewhat reminiscent of human hair. 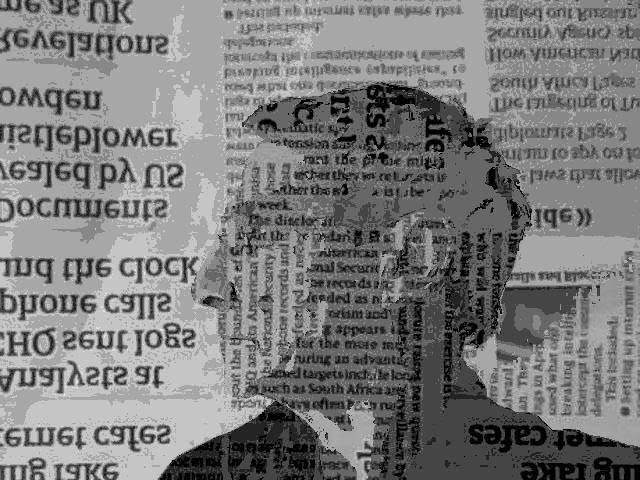 Another example of creating a stencil by thresholding. This time the image is a photograph of a face turned sideways. It has been thresholded down to 8 grey levels and then each of these grey levels substituted by a different image (of newspaper). The text is chosen for its density, but also for its content. I intent the viewer to try to read it. [note - this version of the image has suffered from my tendency to upload smaller jpegs, conscious of the load-time potential] 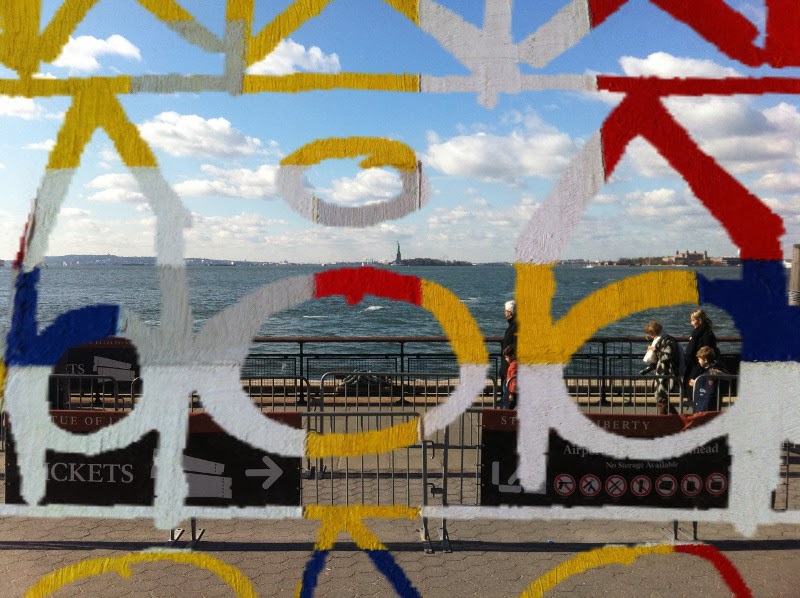 This image is simply a photograph of the Liberty Island Ferry loading stage, with some creative graffiti stuck on top. The "sticker" is made from a stencil that I took from one of my drawings, with the "print-through" texture being a photograph of a corner of a Mondrian painting (hence the brush-strokes). 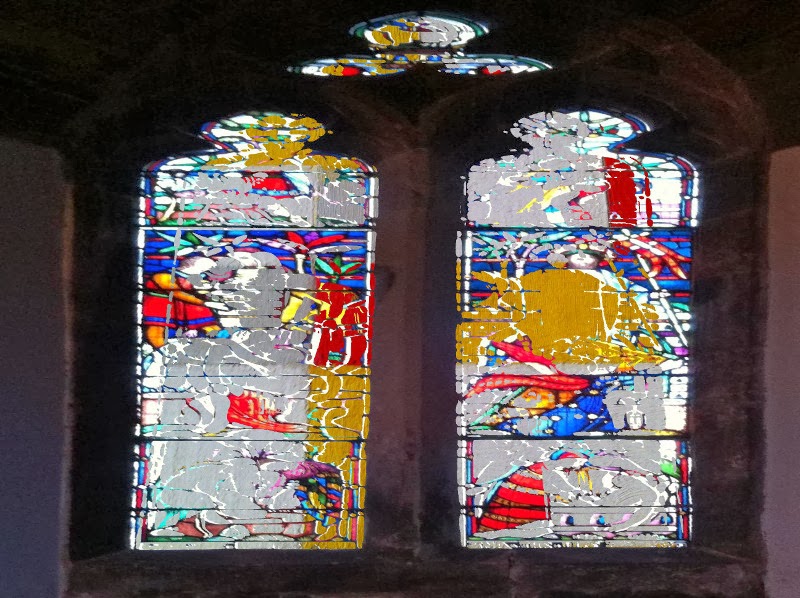 This time I have taken an (overexposed) photograph of a stained-glass window, straightened it up (badly, it still needs work) so the sides of the window are parallel. The tracery of the window is made into a stencil and the new colours are printed through that stencil.