The video shows a rotating pattern of  grey "circles" against a background of identical fixed grey "circles", where their overlaps are black.

The optical effect is seen periodically just as the circles come into (or go out of) synch. Virtual circles appear which respectively shrink towards the centre and then grow out again. If you pause the video at the right place, you can see them. But when you are looking at the still image, it is best to look slightly to the side if you want the virtual circles to be clear.

Here is a still from the video, which may show the effect I am describing, depending on your screen 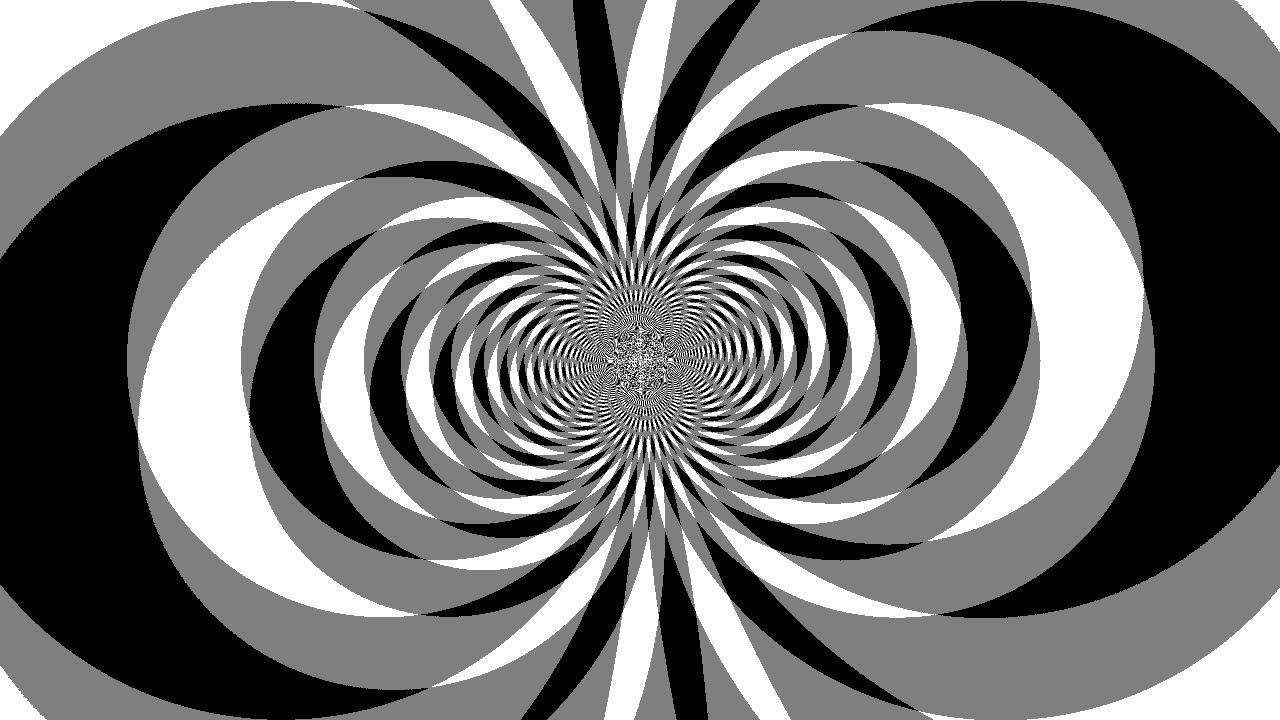