Stained Glass - systematic use of stencils 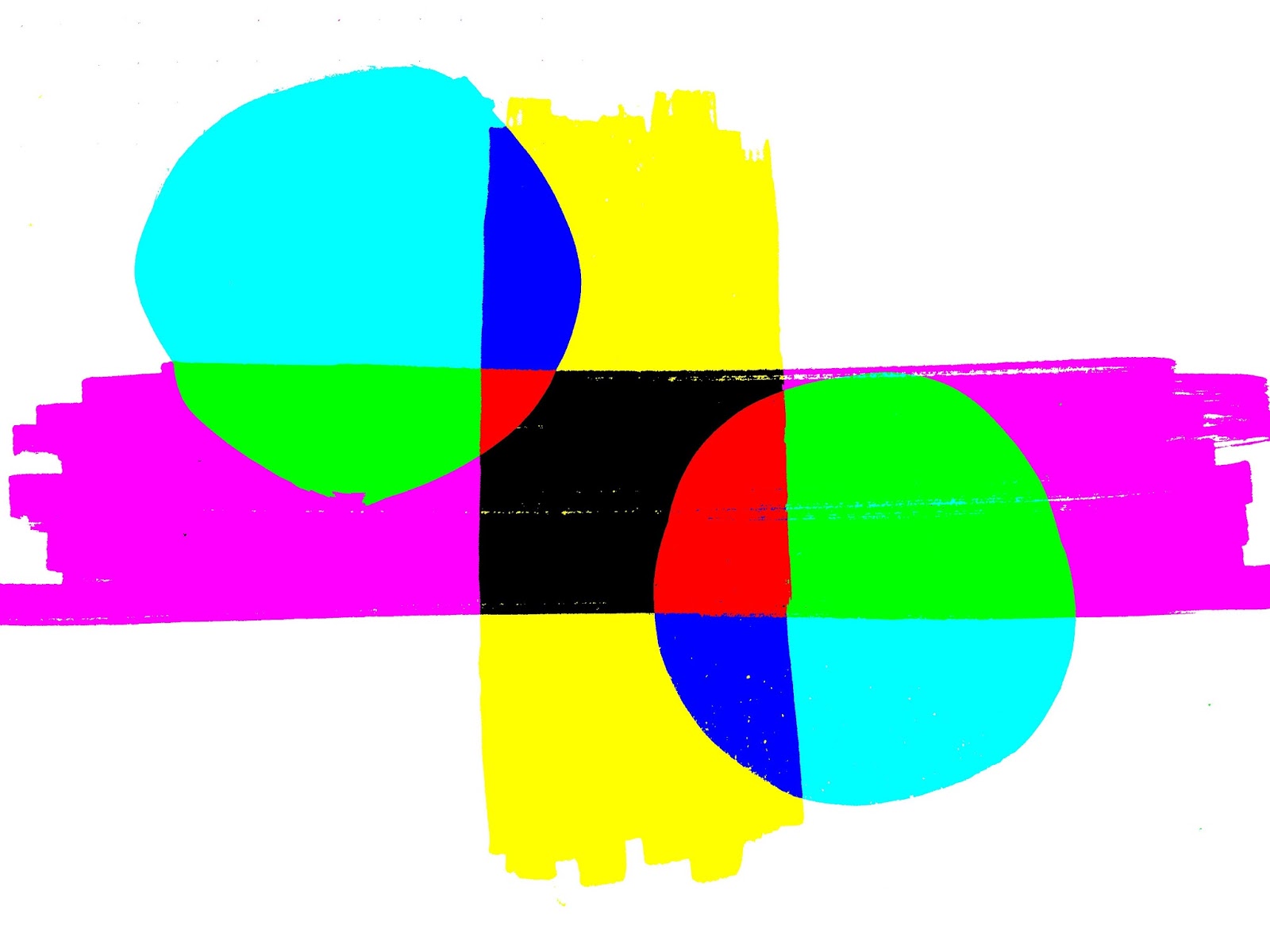 This is the design. It's based on the sun rising and the sun setting, looking South in the Northern hemisphere. It is intended to be contemplative, rather than religious.

This is what it would look like in place. I may need to move the glass down a little, although I do like the slightly off-centre positioning that it has at the moment, where the arch slightly occludes the rising sun. As a cloud might. 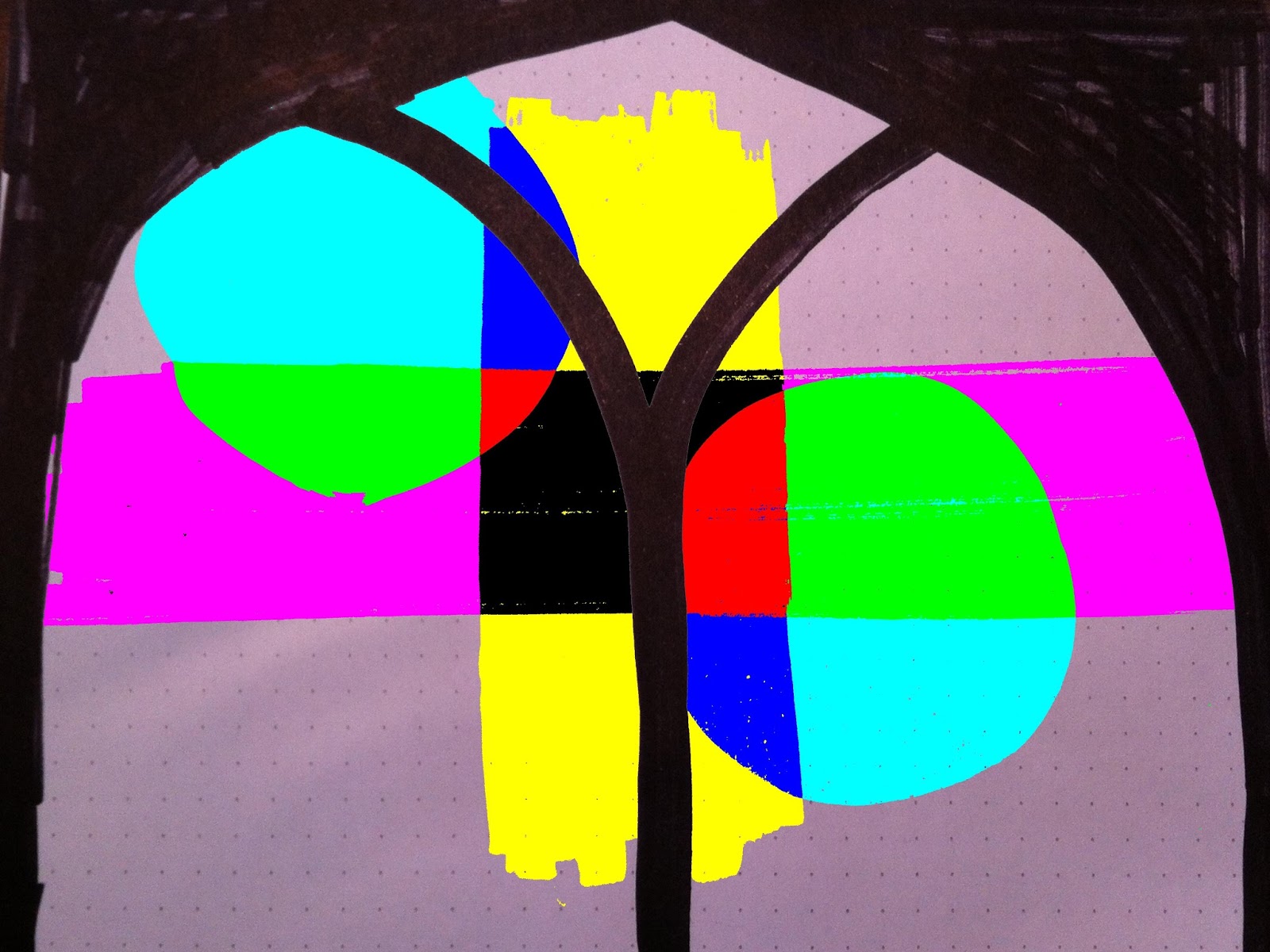 So, what is systematic about that?

The colouring is systematic. The land is magenta and the tower is yellow. The crossing is black. The sun is cyan, both rising and setting. Where the sun meets the land, it is green. Where is meets the tower, it is blue. Where it meets the crossing, it is red.

Plenty to contemplate there. There is the reverence that one would normally have for the movement of the sun in the sky. There is the deep respect one might have for an artist who also knows a little set theory. And there is the prospect of solving the mystery of the relationship between primary and secondary colours, as represented here by their application to sun, land and tower.

However, the more important aspect of Systems Theory used in this design, concern its means of production. In fact the design is made from three stencils, the horizontal stroke (land), the vertical stroke (tower) and the two circles (sun). These are placed together in combination so that their intersections can be coloured independently.

By scripting this process of stencil production, stencil composition and colouring it is possible to experiment with many alternative rearrangements and recolourings of the design until a satisfactory arrangement is reached.

Here is the Systems Theory

The Boundary - the arrangement of pieces of glass that comprise an image of the sun rising and setting
The Level of Abstraction - the geometry of the components and the choice of colours
The Viewpoints - the means of production and the emotions aroused in the viewer
The Structures involved - stencils,
The Processes involved - stencil composition, positioning, colouring
Newer Post Older Post Home